Leaving Austria’s tallest mountain, Grossglockner, behind, I’m now moving south to Heilengblut. It’s raining, and even though it’s August, there was snow in the pass. However, the more I descended the better the weather got, as the clouds gradually disappeared. I am really happy because this particular village is my favorite in Austria, at least from the ones I have seen so far!

The name means “Holy Blood”, and it lays at an altitude of 1,288m with a population of more than 1,000 inhabitants. It is quite beautiful, as the Gothic church and the river crossing it create a mystical atmosphere.

The first historical reference to Heiligenblut was in 1271, where, according to a myth, there was a flask with the Blood of Christ in a local chapel. Legend has it that the flask was brought to the area by a Danish knight in 914AD from Constantinople. The Gothic church that characterizes the village is a pilgrimage dedicated to Saint Vincent and was built between 1460 and 1491.

The construction of Grossglockner Pass in 1935 brought about dynamic development in Heiligenblut due to the resulting influx in tourism. There is a cable car from the square that brings you up to the surrounding peaks, where during the winter season there are 11 lifts and 17 ski slopes. In the summer, the area is popular with hikers and climbers, making Heiligenblut an important resort for all seasons.

On the southern side, across the river, there is a camping site with a restaurant where I had eaten in 2010. They had really good food! If you want to pass Grossglockner make sure to stay in Heiligenblut and eat here for sure. More information about Heiligenblut can be found here: heiligenblut.at

We leave Halstat behind and head southwest to ride the most famous Austrian Alpine pass, Grossglockner. The crossing costs 25 € for motorcycles and 35 € for cars, for a distance of about 48 km. Edelweissspitze is a shelter inside the pass, at 2,571 meters 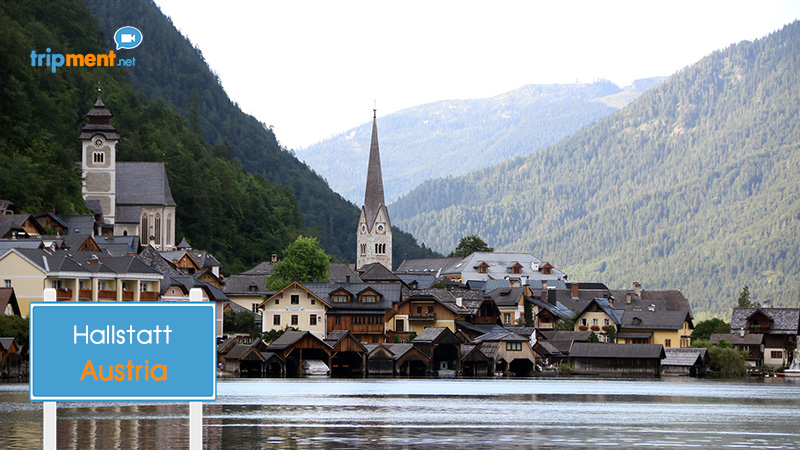 I am on a road trip in Central Europe and I’m leaving Salzburg and heading to Hallstatt, the most photographed area of the Austrian Alps. The distance is 73 km southeast and will take me about an hour and 15 minutes to get there. I chose the side roads a

In this video I am leaving behind Berchtesgaden and heading towards Salzburg. Salzburg is a beautiful and vibrant city of 200,000 inhabitants and is the second most touristic destination in Austria after Vienna. It is situated at an altitude of 420m and the Sa